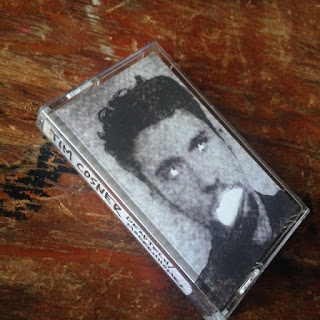 I just recently discovered Flying Lotus. I had heard a bit of his stuff on Adult Swim but I never picked up an album. So, for me, the genre is pretty new to me. I’m pretty into it though. This Tim Cosner is right tup there as far as I am concerned. Beats that border on abstraction. Landscapes of sound that are built on pulling things away instead of adding them. There is a lot of good taste on this album. Definitely one for the library.


The design is pretty solid too. Nothing to really complain about there. The cover is well done and they mix a sans serif that looks like Eurostile or maybe an extended helvetica with some hand-drawn type. It’s simple and fitting.
Posted by Demian Johnston at 12:21 PM