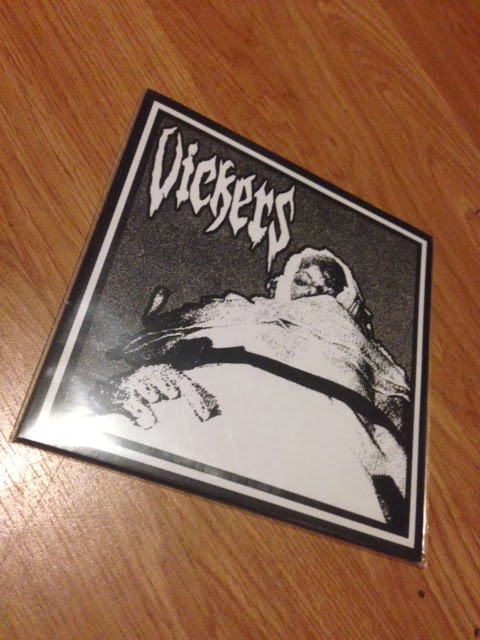 This is the best record I have reviewed lately. Eight tracks of genre-challenging Black Metal played without guitars. It's a giant, evil disaster and I will be so sad if these guys stop doing this band. Just look them up on youtube. You will get a taste of the power of Vickers. I have always loved Nebraska and this is just another reason for me to one day run away to live there. It looks great, sounds great and doesn't give a shit that I think so. Buy this.
Posted by Demian Johnston at 10:56 AM No comments: 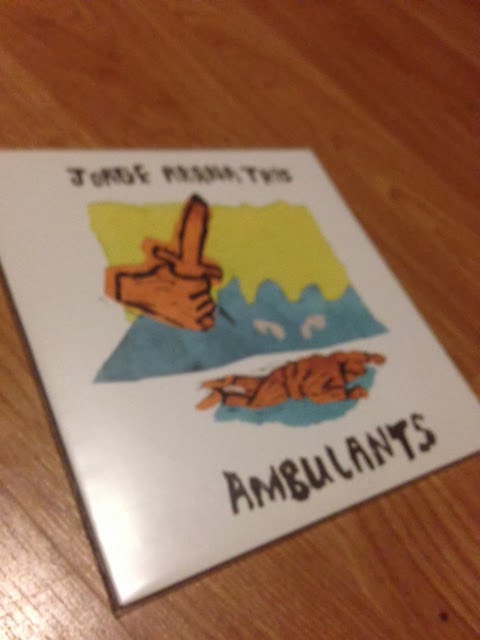 Good record. I almost just want to leave it at that and hope you track one down. It's a good one, at least for a kid that grew up with 80's and 90's Dischord and Touch and Go Records. Jorge Arana Trio play this excellent instrumental jazz that has touches of Mahavishnu Orchestra meets Dazzling Killmen meets Fugazi that completely work for me. These recordings are a little more special because the have added one to the trio by way of a violin player. It works quite well and honestly before I put this on I didn't think it would. Ambulants have a stronger DC sound. I would compare them pretty confidently to Faraquet. I don't know if people picked up Faraquet's full length on Dischord a few years back but the opening track on that thing will blow your mind. These songs by Ambulants are right up there. Smart musicians playing some smart and bizarre rock/jazz. The record looks great. Although unless you knew for a fact that this was a split you may think the record was called Ambulants and it was just a JAT single because of how the cover looks to me. They make a nice use of hand drawn type and a great illustration. Good work.

Posted by Demian Johnston at 10:55 AM No comments: 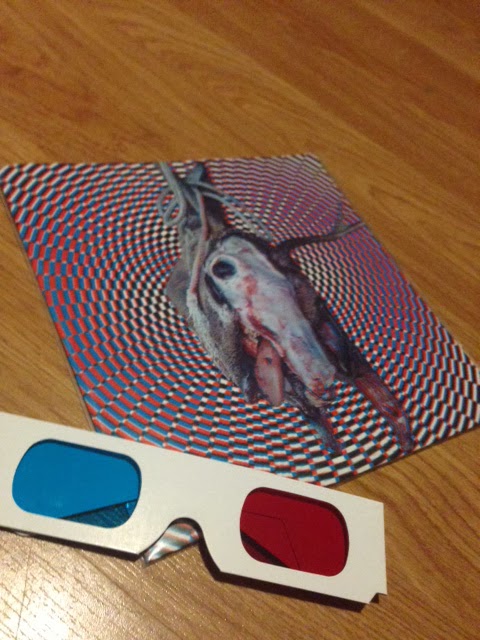 Feral King is hardcore. Like Iron Lung hardcore though. So brutal, thick and fast. It's pretty rad. If you like that stuff you will like this. I did. Lonely/Ghost/Parade is a bit more experimental but in a hard rock way. It has a singer that really sings and he does a good job. I guess this probably sounds more like Tool than anything. Not really my cup of tea. When I was blasting Handsome records in the 90's I would probably been more into this. Let's talk for a second about the packaging though. I'm not sure how what they decided to do gels with the music very well but it's pretty cool. The cover is 3-D and it's well done. The swirls behind it give it this Man's Ruin 1994 vibe and I dig that. In keeping with the idea the vinyl itself is half red and half blue. It's fucking brilliant. They include 3-D glasses but if you loose those to look at the cover you always have the clear, colored vinyl. The back cover with the text is a little meh. Arial Black is the type. Who are you? Al Gore? He used that in his movie, maybe I should be more specific. It just isn't that nice of a font and the white stroke around it makes it a little dated. Whoever laid it out did understand basic typography though. I can tell that. It just need a little more consideration I think.
Posted by Demian Johnston at 10:53 AM No comments: 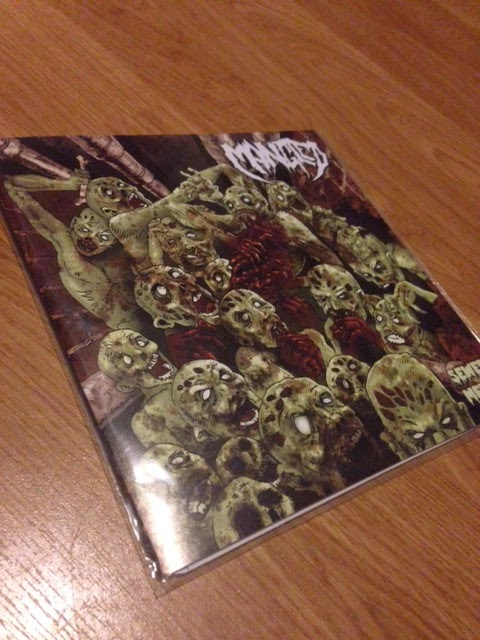 Rad heavy fucking metal. Had a bonehead vibe that makes me think of Sacred Reich meets Overkill and something a bit more relevant. It is not something I would have picked up because it looks so silly but it get me in that nostalgic bone that makes me grab my Leeway album right after this goes on. You can almost smell the cheap, spilled beer baking on top of their amps. Awesome.


It looks crazy. Comic style art of zombies, pigs and death that would probably ruin my daughter's childhood if she saw it
Posted by Demian Johnston at 10:51 AM No comments: 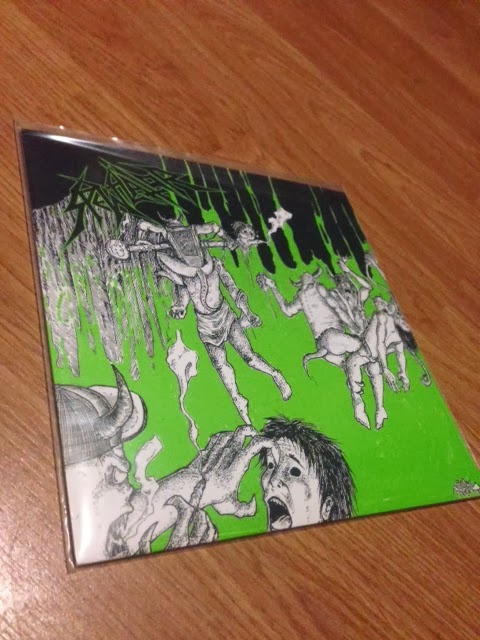 So this came to me at a pretty good time. It's not exactly what I am into much anymore, kinda sounds like a grind band decided to be funny and make their music a little more of an 80's kickback but at the same time keep the sound and approach of grindcore. It's actually quite funny and played pretty awesome and kinda just hits all the right irony and radical buttons all at once and I kinda like it. The Celtic Frost cover alone made me smile. It's just a good time all around. It looks terrible but in a way that makes you sorta shake your head from side to side and say "you go get 'em guys." Take that Slayer.
Posted by Demian Johnston at 10:37 AM No comments: 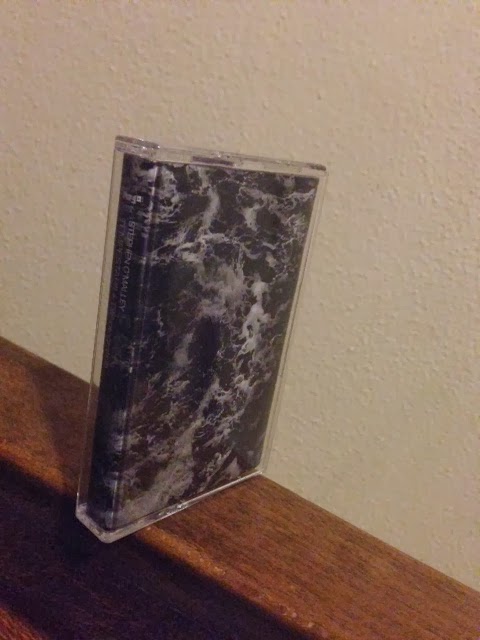 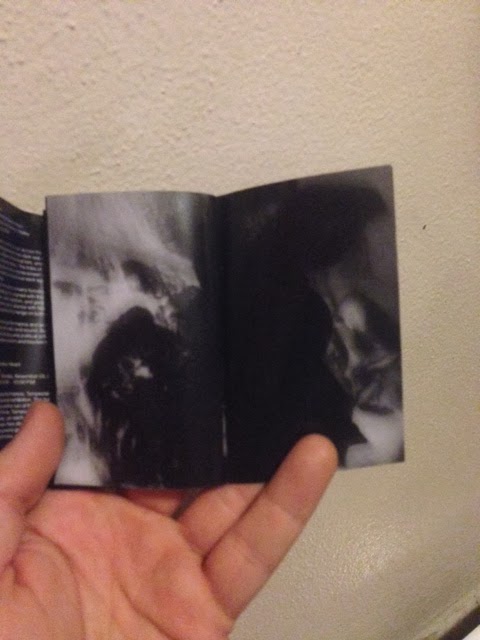 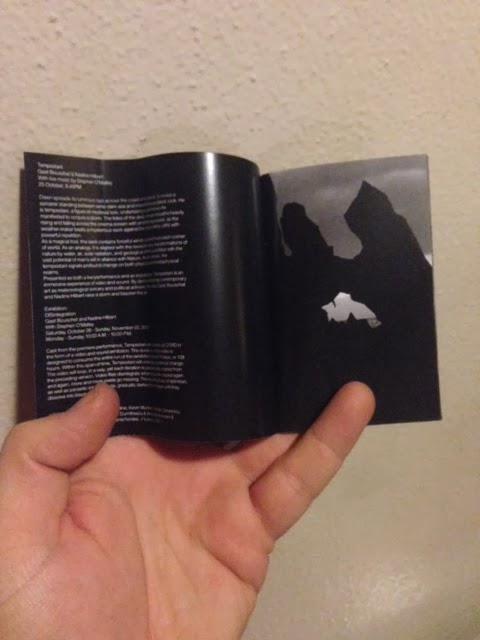 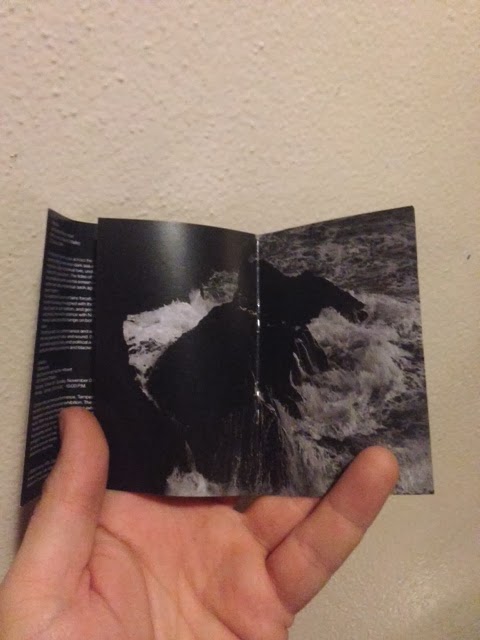 I am not really a prideful guy. I don't really care about local sports, I don't feel like my city, state or country is really any better than anyone else's but that said, there is something about Seattle when it comes to music. I feel like this city has produced a number of amazing acts and I don't mean Nirvana and Pearl Jam. Stephen is from here, as is Greg Anderson(Thor's Hammer, Brotherhood, Engine Kid), along with Master Musicians of Bukkake, Blue Sabbath Black Cheer, Pig Heart Transplant, The Accused, King Dude, At Jennie Richie, Drowner… I could go on and on. That said, I like Steve's success. He does great work and has fantastic taste. When you get to know him he is a very sweet and generous guy. He is great to collaborate with and a serious thinker. In other words, he, like many of my friends from Seattle, is a solid dude. This latest cassette release from Stephen is a soundtrack to a film. It deals with power and disintegration. It's a massive piece. 90 minutes of raw audio walls. It build and crashes like a tsunami slowed down 900 times. It's gorgeous. It looks gorgeous too. Excellent typography mixed with many stills from the film. There is a tiny booklet stapled inside the j-card that makes you wonder why every release on cassette hasn't always had these booklets. It's very worth owning. Put this on next time you get to read some Henry Miller. Trust me.
Posted by Demian Johnston at 9:03 PM No comments: