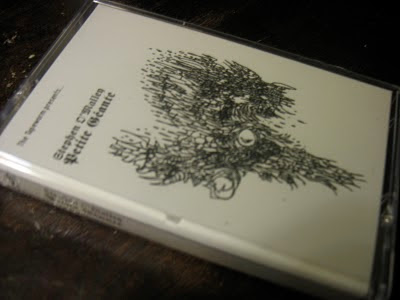 It seems these days that Steve gets a lot of flak just for existing. I guess backlashes are normal when someone reaches some pretty high levels of success but i don't feel it's very warranted. Between what he has done aurally with KTL, SUNN 0))), Aethenor and Gravetemple and visually with his graphic design, I think he deserves his success. I am sure not every piece of work he has ever done or will do will be amazing but so far he has a pretty excellent record. This particular release was part of some art installation in Norway I guess. That already sets off the pretentious alarms but this piece is great. Restrained and elegant guitar, synth and effects create a wonderful audio landscape. It doesn't really grab you so much as wash over you. Definitely designed to be accompaniment to something else. I recommend trying to find a copy if you can. They have been sold out at the label but i have seen a few copies for cheap here and there. Edition of 350 copies with fantastic artwork by savage pencil on the wonderful Tapeworm label.
Posted by Demian Johnston at 8:01 PM No comments: 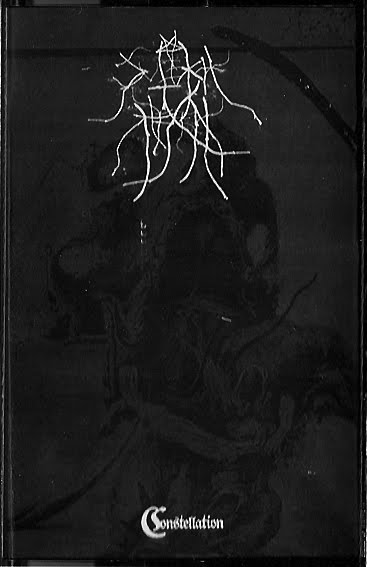 Fuck yes! This is killer. Really beautiful and harsh. Super heavy distorted HNW accompanied by some gorgeous sounding vocals. Super black. I usually get bummed out when I get a C10, as I like a little more chaos than that, but this is perfect. It hits hard and is done. Thank whatever God made this unholy black offering possible. Probably that ancient babylonian serpent god that Alan Moore worships. It's fucking great. Sutekh Hexen is my new favorite thing. Limited to 50 copies with excellent artwork. This is going to be huge.
Posted by Demian Johnston at 2:31 AM No comments: 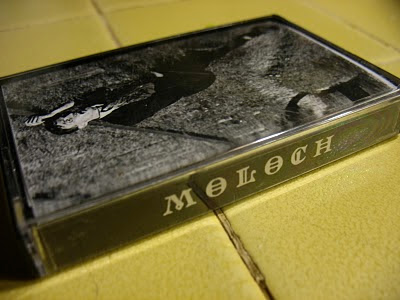 Eh. Not bad. Not great. My friend told me "they sound like hardcore kids trying to be Eyehategod". He was dead on. They don't quite get what they are emulating and they can't quite shake the hardcore approach to songs. You can't just tune down, slow down and becoming drug addicted jerks and suddenly be Eyehategod. Only Cavity was ever able to do that. I have no idea if these guys are jerks. They are probably totally killer dudes and probably still don't do any real drugs but I can't tell. All I have to go on is this release. It's not bad. I want to reiterate that. It has a ton of potential but i think they need to to really reevaluate their approach to song writing. The tape is made up of a few demo tracks, a 10" and a comp song. Nothing new but not a bad sampling.

Near the end I was wondering why the hell they were using that sample of Rod Serling talking about concentration camps like i have heard on a record recently. I couldn't quite place it but i knew it like the back of my hand. Then it hit me. The sample is a cover or part of a cover. Then they go into a super slowed down version of Rorschach's "Lightning Strikes Twice". And it's totally awesome.
The layout is pretty cool. Simple and a bit uninspired but it looks nice. There is a tiny booklet of pictures of suicides insides. That's nice.
Posted by Demian Johnston at 2:28 AM No comments:

Email ThisBlogThis!Share to TwitterShare to FacebookShare to Pinterest
Labels: 2 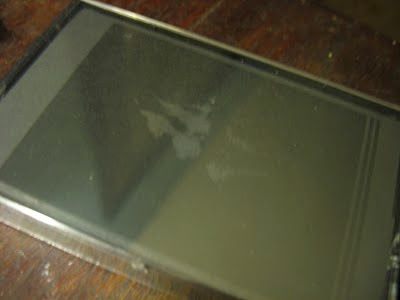 Dead Letters Spell Out Dead Words was brand new to me when I heard this cassette. Turns out the project is not new and the tape has been out for awhile as well. I gotta say that it's pretty damn good. Beautiful and building drones swirl and merge in a large empty room. Structured compositions with a more than just your typical melancholy feel really effect you on a deeply troubled level. I was surprised as I was expecting something a bit more grim from Land of Decay; home to Chicago doom-bringers, Locrian. If you read up on the human being behind DLSODW, Thomas Ekelund, you will read some pretty over the top stuff about his being crazy and needing to make this kind of music to keep him from eating kids or something but, to be honest, i hear it. An almost palpable amount of desperation and fear is present throughout this release. The descriptions you may read on his facebook page may sound as if David Tibet wrote them while doing a David Tibet impression but i would totally give this a listen. It's pretty spectacular, I just hope you aren't allergic to hyperbole.
Posted by Demian Johnston at 9:18 PM No comments: 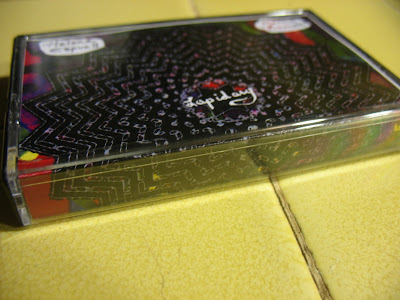 This tape sounds like lullabies for glaciers. Super delicate and dense, consisting of Helena Espvall (Ghost, Espers) playing cello and Marcia Bassett (Zaimph, Zaika...) playing guitar. The music sounds so far away and private you feel like you may have wandered into the halls of an old church, searching for the source of this haunting music but never finding them. Long sweeping drones carry the guitar's accents a long way. I recommend this quite a bit. I only wish the audio was a bit more clear. I want to be able to sit on the floor of the Chapel and drift away with the music.
Posted by Demian Johnston at 7:51 PM 1 comment: 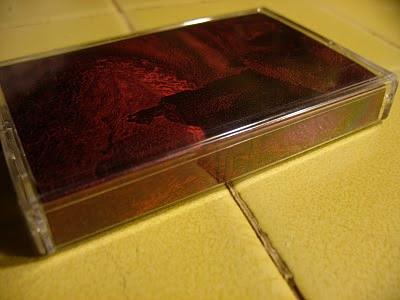 I first thought that Hell may win for the lamest name in doom metal. I was prepared to be totally unimpressed with their music. I thought the layout was kinda sad and the song titles kinda silly. I was totally against this. That is probably why i think it rules so hard now that i have heard it. This is really fucking great. Super heavy and unique doom. Epic song compositions that move in totally unexpected ways. Really inspiring guitar playing and excellent drumming. The vocals are crushing and a few minutes into the first track i heard a scream that all but destroyed my earliest memory of how rad i thought the first scream on "Angel of Death" was when I was in junior high. This is a complicated set of songs. Really well played and pretty intimidating. Hell has totally won a fan. I am excited to see what they are doing next. I guess a west coast tour and a 12" of their first cassette which i missed. I don't know if these tapes are still around but you should track them down on myspace. Hell yeah.
Posted by Demian Johnston at 7:23 PM No comments: