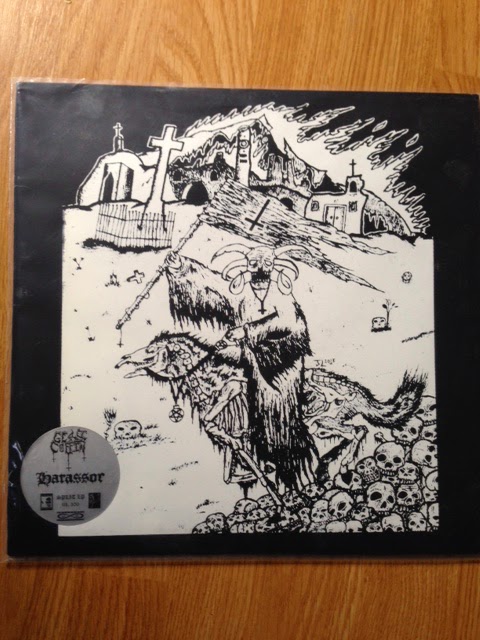 Yes! I love Glass Coffin and I love Harassor and I guess someone figured that out because they obviously made this record for me. Glass Coffin does that amazing naive-bedroom Black Metal thing that totally works for me. I gotta say that this is also incredibly catchy. You will find yourself singing the chorus for the first song while you do dishes at least every night for a week. Harassor does this blackened punk/thrash thing that somehow sounds like music stopped after Bathory and has now progressed to this. It's modern and relevant but also has this classic dark feel in both the music and production. It's real damn good.

The art is from Sir Josh Lay and it's killer. Fits perfect for the music and just makes me so damn happy. Highly recommended.
Posted by Demian Johnston at 6:41 PM 2 comments: 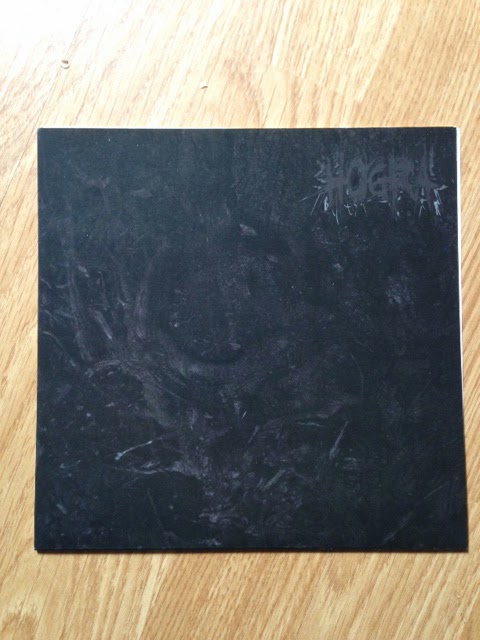 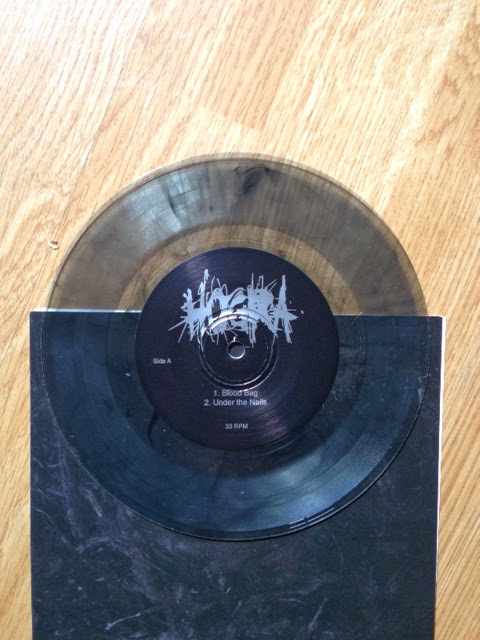 Excellent harsh noise from Hogra. It has this cool canned sound that I hear from time to time that I really enjoy. If you are a fan of HNW i assume you are familiar with Hogra's work. He has more than a few vinyl records and cassettes floating around. I like saying that word outlaid— Hogra. Hogra. Hogra…

The layout is probably cool but it's printed so dark that it feels like a mistake and is basically illegible. The vinyl though is the coolest smoke-filled clear vinyl I have ever seen. This guy is making me a fan.
Posted by Demian Johnston at 6:40 PM No comments: 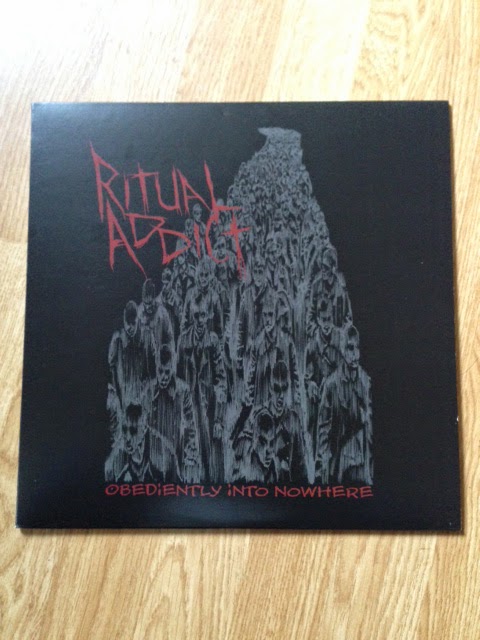 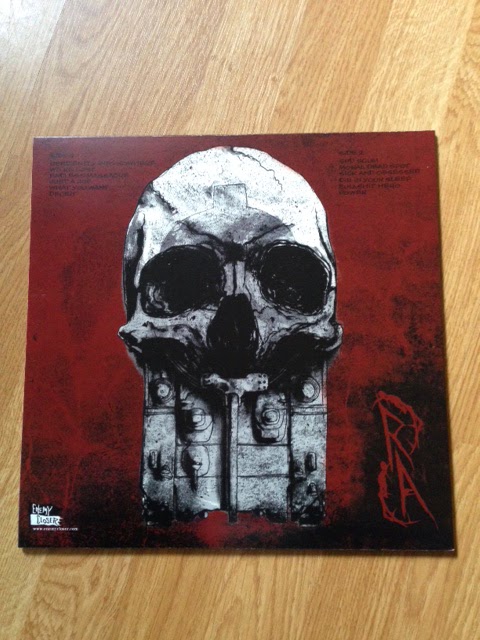 Seattle's Ritual Addict have recently changed their name from Sane Reaction but this is the same blazing-fast politically-charged punk that made me love them live. Definitely for fans of Christ on Parade, GBH and Assück. It's got this late 80's, early 90's sound that you will love very much. Fast, screaming punk rock with a touch of grindcore.

The packaging is also very 90's and it's awesome. I can't speak to the art on the back cover because I drew it but the whole package feels like it came out in 1992. This would have been worn out by the time I got through my senior year. I also love that the vinyl is bright transparent blue. Nothing in the layout is that color and it has that feel of the early Revelation records color vinyl spree where everything was a random color just for the hell of it. I love it.
Posted by Demian Johnston at 6:38 PM No comments: 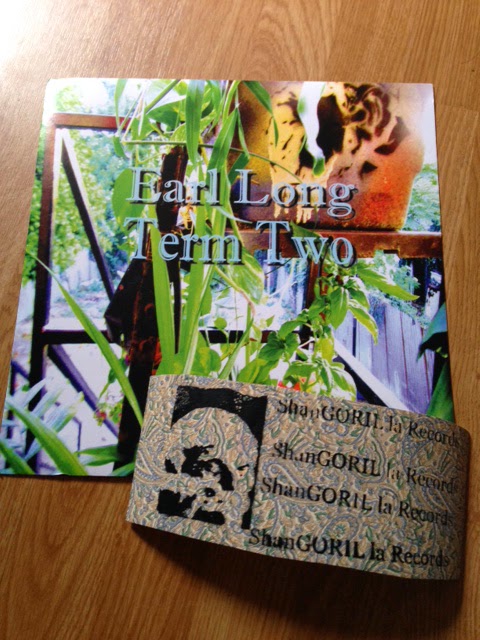 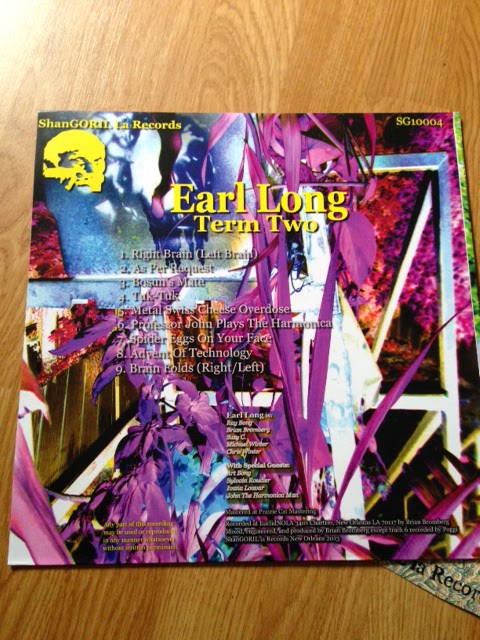 I was in a band for a short time called Andyland. It was a totally improvised project with revolving musicians that was a lot of fun but had absolutely no focus at all. In my mind we sounded like Whitehouse or Current 93 but in reality it probably sounded like a mess. At least when I played with them.  Anyhow, Earl Long reminds me a lot of that but with much better musicians. They fall into these cool grooves and the music is pretty good but it doesn't really resonate with me. It feels like it's missing something. I'm not sure what, but I almost wonder if they are too good at their instruments. Like there isn't enough experimentation happening. I may have to listen to this a few more times because there really is a cool thing happening but I am having a hard time finding it.

I really don't like the way this looks. The layout is very unattractive and the text looks like it was copied from a Christian rock cd from 1997. I just can't get over the drop shadow on everything. It's driving me crazy.
Posted by Demian Johnston at 6:36 PM No comments: 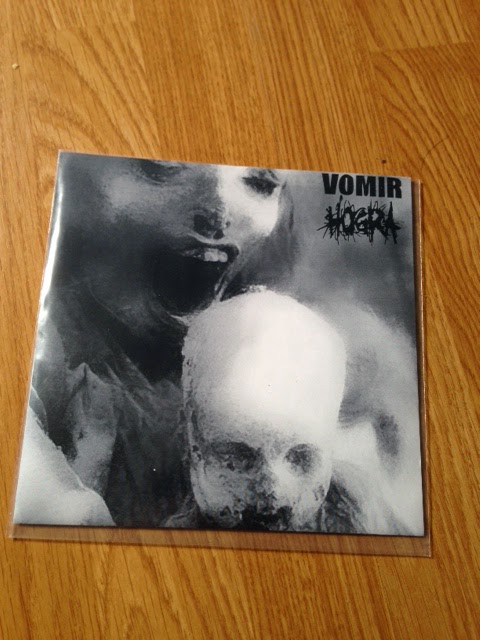 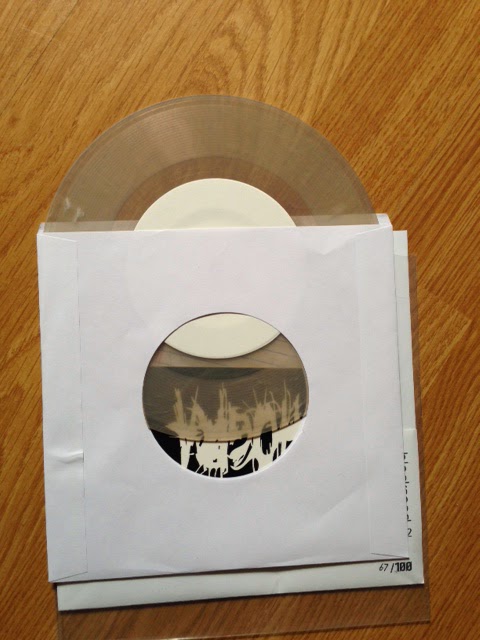 Two current greats of HNW decided to get together and make a scary little baby. Vomir's track is a little less brutal than usual but it's way more anxiety-inducing. It's a nice change although Vomir could do straight up HNW forever and I would be fine with it. The Hogra track is more over the top. It sounds like a dying radio on a sinking ship. Tragic. It's killer stuff all around.

The layout is pretty punk and sparse. It looks like a 7" released in 1993 and I kinda like it. It's not really that good but it just feels right for some reason. I think the milky clear vinyl with plain white labels helps as well. Anyway, there is only 100 of these so good luck.
Posted by Demian Johnston at 6:35 PM No comments:

Lord Time—Black Whole at the End of the Tunnel lp 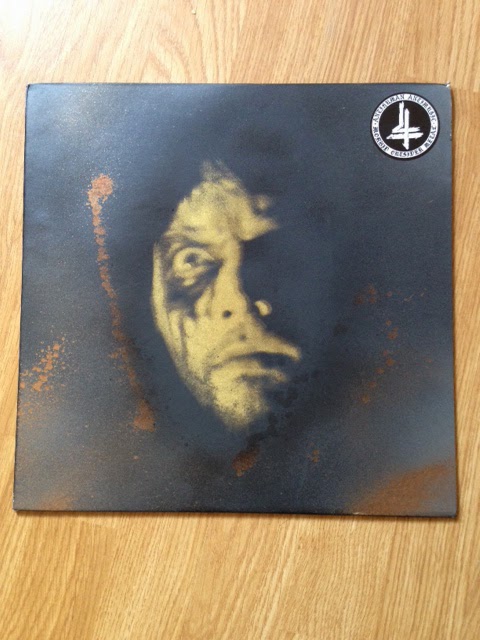 When this was a cassette only release I reviewed it and I dug it. Now that it is on vinyl I am very excited. It's still awesome but I'm hoping this is the beginning of a trend of more Universal Consciousness cassettes finding their way to vinyl. This is the second Lord Time LP but I think I am now ready for a couple Moonknight lps or the record I would have to buy almost every copy just in case it got worn out, the Mawdryn release. I think the best way to make this happen would be if you would all purchase this excellent release from Lord Time. It's so fucking black.

It looks fantastic. My version is screen printed and spray painted and fucking awesome. Buy.
Posted by Demian Johnston at 6:34 PM No comments:

Sorry for the delay. Family emergency that includes multiple surgeries, a blood transfusion and my pending financial ruin. Not kidding. How does someone as poor as my pay a $200,000.00 bill. It's a long story. I will try to get to everything as soon as I can but at this point I request that you probably shouldn't bother sending me anything until I mention otherwise. I just won't get to it for over a year at this point.
Posted by Demian Johnston at 5:44 PM No comments: